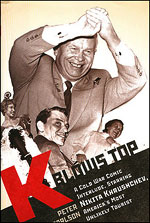 Jane Kon, Clearinghouse Project Coordinator at Stanford University, isn't sure she would have read America, America by Ethan Canin if her book club hadn't tackled it. "I tend to like books that are less ambiguous and more clearcut on who are the good guys and the bad guys. But it was an interesting view of the motivations and shenanigans involved as a presidential hopeful and his handlers jockey for position in the 1972 election year."

America, America is the story of a boy raised from the lower middle class through the beneficence of a wealthy local landowner. Told from the perspective of this teenager the novel plays on impressions of power, wealth, ambition, and human frailty that are not totally understood at the time and only fall (sort of) into place as the protagonist reflects on them as an older man.

Jane's recent and recommended reads also include Bridge of Sighs by Richard Russo. "This was just the sort of book I like to read on vacation." Bridge of Sighs explores complicated relationships between families and social groups in a small town in upstate New York in the mid 20th century during a period of economic decline—perhaps reminiscent of Russo's Pulitzer-prize-winning book, Empire Falls. The people are not glamorous and they don't do dramatic things, but they cope with what life and circumstance throw at them. Jane explains, "I like the way Russo makes you care about the characters and makes you think about bigger things such as the roles of family and chance in shaping a life. I found the book a hefty, satisfying story that I was eager to treat myself to on my lazy vacation days."

Alan Gevinson is one of the scholars who answers your questions on the Clearinghouse feature, Ask-a-Historian. He recommends Writing History in Film by William Guynn.

Guynn, a film theorist and professor emeritus of art (cinema) at Sonoma State University, reviews in this short book a variety of theoretical writings dealing with the philosophy of history and literary theory in order to advance an argument that historical films can act as legitimate purveyors of historical knowledge. Alan points out, "His deliberate approach is clearly conveyed and the writing is easy to follow despite some potentially abstruse subject matter." Guynn provides illuminating readings of seven historical films, including three documentaries, to illustrate his points. All but one of these films (Ken Burns's The Civil War) are foreign productions and so may not be recognizable to many American historians. Most, however, were seen in their home countries by large audiences.

John Buescher also answers your questions at Ask-a-Historian. His take on summer history reading? "It is best done by the pool or at the beach in bite-sized pieces, spiced with eccentric biographical anecdotes, evocative or eccentric locales, and lightly comic situations."

In line with those criteria, John recommends Moneyball: The Art of Winning an Unfair Game, by Michael Lewis. Moneyball is about the Oakland Athletics' 2002 season and about the team's general manager, Billy Beane, but also a fascinating slant on the current state of professional baseball and the recruitment of athletic talent. According to John, "Even if you don't care about baseball, this is a riveting read, starring unusual characters, and interlaced with elegant, illuminating explanations of its strategy."

So, happy reading—and in return, send us your recommendations via the comment form to the right. We'd look forward to hearing from you.