Jennifer Rosenfeld is Outreach Director for Teachinghistory.org. Previously, she served as Deputy Executive Director of the Abraham Lincoln Bicentennial Commission which planned the national celebrations of the 16th president's birth. Earlier in her career, Jennifer directed education programs for The Long Island Museum and the Old York Historical Society.

The Conspirator in the Classroom 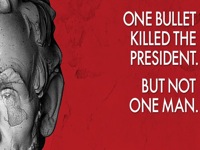 It is interesting timing for another reason as well. The Conspirator is the first major motion picture to open during the Civil War sesquicentennial and yet it begins with one of the war’s closing chapters: the assassination of President Lincoln. It quickly, however, takes you beyond the events of the assassination and into a less well-known aspect of post-Civil War history.

Directed by Robert Redford, the film focuses on the relationship between the only woman accused in the assassination conspiracy, Mary Surratt, (played by Robin Wright) and her defense attorney, Frederick Aiken (played by James McAvoy). Aiken, a Union war hero, at first does not want to have anything to do with the defense of Surratt. In turn, Surratt does not want to do anything to possibly implicate her son who flees the country after the assassination and is considered a suspect.

Aiken eventually decides that Surratt deserves a fair trial and it is through Aiken that we as an audience wrestle with the central question of the film: Was Mary Surratt complicit in the Lincoln assassination? Like a good teacher, the movie leaves you to decide this for yourself.

In conjunction with the film, the producers of The Conspirator developed an Educators’ Page with links to a downloadable Educational Resource Guide (41 pages) and movie poster. Free registration is required.

The guide offers three lessons: Women and the Civil War, Impact of Presidential Assassinations, and Right to a Fair Trial, all geared toward students ages 13 and older.

If you are looking for additional ways to use interest in The Conspirator in your classroom, Teachinghistory.org can point you in some good directions.

Here are a few resources found on Teachinghistory.org related to the Lincoln assassination:

For other resources beyond Teachinghistory.org, the University of Missouri-Kansas City School of Law offers the Trial of the Lincoln Assassination Conspirators that includes images, newspaper articles, and excerpts from the trial transcripts. Your students can compare the primary source material related to the trial to the movie’s version of events.

The Library of Congress’ Teaching with Lincoln has a section of materials related to the assassination, which includes resources for teachers, resources for students, and primary sources.

Films offer a great way to introduce young people to the stories of history and with the right teaching tools they can help engage students in historical inquiry. Try incorporating a few ideas in your next lesson and let us know what works!