Peruse articles, images, and advertisements drawn from 14 Missouri newspapers, 1835 through 1988.

Institute of Museum and Library Services 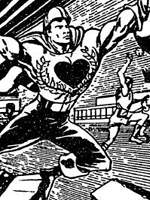 For many of the newspapers only several months of the years indicated are available. The full text of all available newspaper issues is searchable, and a range of keyword search options are offered. The user can search an individual publication or all newspapers in the archive. All content can be searched or the user can limit the search to articles, pictures, or advertisements. Newspapers are displayed by page and a rollover feature highlights individual articles that can then be read in a separate window. This archive is a useful resource for those researching the history of Missouri in the mid-to-late 19th and early 20th centuries.