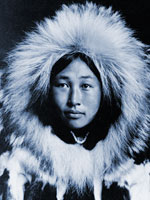 What were women treated like in the tribes of the Indians? Were they given more rights than American women of the time?

In 1644, the Rev. John Megalopensis, minister at a Dutch Church in New Netherlands, complained that Native American women were “obliged to prepare the Land, to mow, to plant, and do every Thing; the Men do nothing except hunting, fishing, and going to War against their Enemies. . .” Many of his fellow Europeans described American Indian women as “slaves” to the men, because of the perceived differences in their labor, compared to European women. Indian women performed what Europeans considered to be men’s work. But, from the Native American perspective, women’s roles reflected their own cultural emphases on reciprocity, balance, and autonomy. Most scholars agree that Native American women at the time of contact with Europeans had more authority and autonomy than did European women.

It is hard to make any generalizations about indigenous societies, because North America’s First Peoples consisted of hundreds of separate cultures, each with their own belief systems, social structures, and cultural and political practices. Evidence is particularly scarce about women’s everyday lives and responsibilities. However, most cultures shared certain characteristics that promoted gender equality.

Kinship, extended family, and clan bound people together within a system of mutual obligation and respect. Lineage was central to determining status and responsibilities, consent held communities together, and concepts of reciprocity extended to gender roles and divisions of authority.

Men were generally responsible for hunting, warfare, and interacting with outsiders, therefore they had more visible, public roles. Women, on the other hand, managed the internal operations of the community. They usually owned the family’s housing and household goods, engaged in agricultural food production and gathering of foodstuffs, and reared the children.

Because women’s activities were central to the community’s welfare, they also held important political, social, and economic power. In many North American societies, clan membership and material goods descended through women. For example, the Five (later Six) Nations of the Iroquois Confederation all practiced matrilineal descent. Clan matrons selected men to serve as their chiefs, and they deposed chiefs with whom they were dissatisfied. Women’s life-giving roles also played a part in their political and social authority. In Native American creation stories, it was often the woman who created life, through giving birth to children, or through the use of their own bodies to create the earth, from which plants and animals emerged.

Some scholars argue that, after contact, women’s authority steadily declined because of cultural assimilation. Euro-American men insisted on dealing with Indian men in trade negotiations, and ministers demanded that Indians follow the Christian modes of partriarchy and gendered division of labor that made men farmers and women housekeepers.

However, other scholars, such as SUNY Fredonia anthropologist Joy Bilharz and University of North Carolina historian Theda Perdue, argue that many indigenous women maintained authority within their communities. Matrilineal inheritance of clan identity remained important parts of many cultures long after contact, and women continued to use their maternal authority to influence political decisions within and outside of their own nations.

For example, as the United States increased pressure against the Cherokee nation to relinquish their eastern lands and move west, groups of Cherokee women petitioned their Council to stand their ground. In these communications, they sternly reminded their “[b]eloved children” that they had raised the Council members on that land which “God gave us to inhabit and raise provisions.” They admonished their children not to “part with any more lands.”

Another Cherokee woman wrote to Benjamin Franklin in 1787, advocating peace between the new United States and the Cherokee nation. She advised Franklin that political leaders “. . . ought to mind what a woman says, and look upon her as a mother – and I have Taken the prevelage to Speak to you as my own Children . . . and I am in hopes that you have a beloved woman amongst you who will help to put her children right if they do wrong, as I shall do the same. . . . ” American Indian women assumed that their unique positions in their societies gave them the right to play the mother card when necessary.

The Blue and the Grey (and Red and Green and Yellow)
Ancient Architects of the Mississippi
Without Sanctuary: Photographs and Postcards of Lynching in America
Women's Reform Movement
George Washington: A National Treasure
Brown v. Board of Education 50th Anniversary Digital Archive