The Auto Industry Goes to War 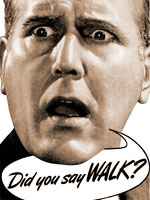 Did the U.S. manufacture of automobiles come to a halt during World War II?

Yes, it halted completely. No cars, commercial trucks, or auto parts were made from February 1942 to October 1945.

On January 1, 1942, all sales of cars, as well as the delivery of cars to customers who had previously contracted for them, were frozen by the government’s Office of Production Management. As a temporary measure, local rationing boards could issue permits allowing persons who had contracted for cars before January 1st to secure delivery.

President Roosevelt established the War Production Board on January 16, 1942. It superseded the Office of Production Management. The WPB regulated the industrial production and allocation of war materiel and fuel. That included coordinating heavy manufacturing, and the rationing of vital materials, such as metals, rubber, and oil. It also established wage and price controls.

All manufacturers ended their production of automobiles on February 22, 1942. The January 1942 production quota had been a little over 100,000 automobiles and light trucks. The units manufactured at the beginning of February would bring up the total number of vehicles in a newly established car stockpile to 520,000. These would be available during the duration of the war for rationed sales by auto dealers to purchasers deemed “essential drivers.”

Representatives from the auto industry formed the Automotive Council for War Production in April 1942, to facilitate the sharing of resources, expertise, and manpower in defense production contracting.

The auto industry retooled to manufacture tanks, trucks, jeeps, airplanes, bombs, torpedoes, steel helmets, and ammunition under massive contracts issued by the government. Beginning immediately after the production of automobiles ceased, entire factories were upended almost overnight. Huge manufacturing machines were jack hammered out of their foundations and new ones brought in to replace them. Conveyors were stripped away and rebuilt, electrical wires were bundled together and stored in the vast factory ceilings, half-finished parts were sent to steel mills to be re-melted, and even many of the dies that had been used in the fabrication of auto parts were sent to salvage.

The government’s Office of Price Administration imposed rationing of gasoline and tires and set a national speed limit of 35 mph.

By April 1944, only 30,000 new cars out of the initial stockpile were left. Almost all were 1942 models and customers required a permit to make the purchase. The Office of Price Administration set the price. The government contemplated rationing used car sales as well, but that was finally deemed unnecessary. The government estimated that about a million cars had been taken off the road by their owners, to reserve for their own use after the war.

In the autumn of 1944, looking then toward the end of the war, Ford, Chrysler, Nash, and Fisher Body of General Motors received authorization from the War Production Board to do preliminary work on experimental models of civilian passenger cars, on condition that it not interfere with war work and that employees so used be limited to planning engineers and technicians. Limits were also set on the amount of labor and materials the companies could divert to this.

During the war, the automobile and oil companies continued to advertise heavily to insure that the public did not forget their brand names. Companies also were proud to proclaim their patriotic role in war production, and their advertisements displayed the trucks, aircraft, and munitions that they were making to do their part in combat.

In addition, auto advertisements encouraged the public to patronize local auto dealers’ service departments so that car repairs could help extend the lives of the cars their customers had bought before the war. In the last couple of years of the war, the auto companies also used their advertisements to heighten public anticipation of the end of the war and the resumption of car and truck manufacturing, with advertising copy such as Ford’s “There’s a Ford in Your Future.”

Carriers' Addresses
Raid on Deerfield: The Many Stories of 1704
September 11, 2001: Attack on America
America Votes: Presidential Campaign Memorabilia
Wright on the Web
The Mountain Meadows Massacre in Public Discourse