Bank Notes of the Second Bank of the United States 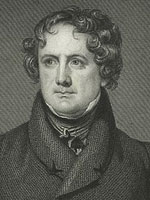 How many bank notes of the Second Bank of the United States were left after 1836 when the bank lost its charter?

The charter of the Second Bank of the United States, granted in 1816, expired in 1836 (President Jackson vetoed Congress' effort to recharter the bank), after which banking and the issuing of bank notes was not done by a central bank, but devolved upon thousands of state-chartered banks with minimal federal regulation. State laws were often so lax that almost anyone could issue bank notes.

State laws were often so lax that almost anyone could issue bank notes.

Nevertheless, the state of Pennsylvania did renew the charter of the Second Bank of the United States, with Nicholas Biddle as its president, which issued bank notes under the name of the institution, but which was then only a state-chartered bank, even though the old bank's stock holders (except the U.S. government) voted to transfer the assets and liabilities of the old bank to the new one. The directors of the new bank decided not only to reissue the old bank notes, but also not to close the books of the old bank, but to continue them into the life of the new bank (it continued until 1841), which made it quite difficult later to disentangle the affairs of the defunct bank from those of the new one. One of the consequences was that the new Pennsylvania bank honored the notes issued by the old Bank of the United States. Because of that, other banks and individuals could also honor the old notes because the new bank would redeem them.

The mixture of bill denominations in this total was not recorded, so it seems impossible to be certain of how many bills this represented.

The original 1816 charter of the Second Bank of the United States limited the circulation of notes by the bank to $35 million, and required that no notes be issued in denominations less than $5. In practice, the bank never had more than $25 million in notes circulating, and most of the time much less, averaging for one period about $15 million.

In October 1836 (the Second Bank of the United States closed its doors in March of that year), its records showed that about $12 million notes were still in circulation, down from $24 million one year earlier (Cattrell, pps. 427, 512), with the average circulation for 1836 reckoned to have been about $21 million. The mixture of bill denominations in this total was not recorded, so it seems impossible to be certain of how many bills this represented.