History of the Occult in America 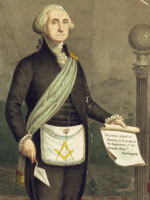 I am interested in the history of the occult, religion, demons, mythology, the supernatural, and the ideology of it all. I suppose I am wondering what would be the best history field for me to study if I wanted to become a historian of such subjects? I love to learn, it is everything to me, and to have a job that entitles me to learn as a living would be ideal.

I think that if your intention is to study occultism and mythology, you should major in economics, focusing especially on monetary policy. (Just kidding!)

In truth, many colleges and universities have established departments of religious studies, as opposed to theology or divinity studies. Generally speaking, in the somewhat vaguely defined academic field of religious studies, historians, philosophers, psychologists, anthropologists, and sociologists take religion, religious beliefs, practices, and believers as their objects of study. This is a different sort of academic undertaking than, say, studying religion in preparation for a ministry.

It is also common for colleges and universities to have individual courses on religion in other departments, such as philosophy, literature, classics, history, anthropology, or folklore.

Most academic study of American religious history has focused on the main streams of belief and practice. Because you bring up the issue of getting a job, I will say that this means that academics who might be capable of demonstrating expertise only in what might be regarded as the byways of religion—the occult and all that implies—have found themselves with fewer opportunities to land teaching positions. Developing a broad academic expertise, therefore, in the history of American religion would be a strategy that would maximize a young Ph.D.’s chances of landing a teaching position, no matter what he or she had specialized in.

However, as you might guess, now that the children of the 1960s and 1970s have become the academic old guard, as it were, scholars of American religious history have turned more attention not only to the history in America of the belief and practice of systems that have been explicitly “on the margins,” that is, occultist, but also to the way in which even mainstream religious groups have been influenced by the “alternative spiritualities” that have germinated and taken root here. This would include the Shakers, the Mormons, and the Masons, for example, as well as communal utopians, Swedenborgians, Spiritualists, Theosophists, Christian Scientists, proponents of the “New Thought” movement, and such 20th-century groups as Scientologists and those loosely linked under the name of the “New Age” movement. An example of a recent academic look at American religious history in this vein is Catherine L. Albanese’s 2007 book, A Republic of Mind and Spirit: A Cultural History of American Metaphysical Religion.