Project "Acoustic Kitty," anyone? With different code names for missions, the CIA has shielded some vital information from the public.

Science, Technology, and the CIA

Science, Technology, and the CIA 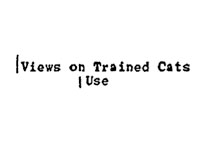 Provides 44 government documents that track the organizational and operational history of various CIA departments designed to coordinate science and technology research with intelligence operations. Many of the documents—reports, letters, and memos—have been declassified through Freedom of Information Act requests by the site's editor, Jeffrey T. Richelson for his research. Other documents have been obtained from the National Archives, Library of Congress, and the CIA's public affairs office. Material dates from 1951 to 2000, with the bulk covering operations during the Eisenhower, Kennedy, and Johnson administrations.

Subjects include determining France's nuclear capabilities in 1957; assessments of U-2 spy plane missions over the Soviet Union and China in the 1960s; "Black Shield" flights over North Vietnam and North Korea to find missile sites; the development of a real-time imagery satellite in the 1970s; the strategic rationale for mining harbors in Nicaragua during the Reagan administration; and restructuring efforts following the end of the Cold War. Also includes a report on technical support provided to E. Howard Hunt and G. Gordon Liddy for gathering information on Daniel Ellsberg and Senator Edward Kennedy, and a memo on project "Acoustic Kitty," in which a cat, surgically wired with transmitting and control devices for eavesdropping purposes, was run over by a cab. Each document is annotated with a short description of up to 300 words. The site, though modest in size, will be of interest to those studying the history of American espionage agencies, foreign relations, and the secret use by nations of science and technology.