Listen to the recordings of the creator of the microphone and gramophone player.

Emile Berliner and the Birth of the Recording Industry 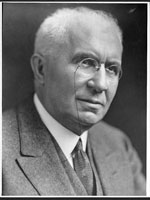 Most of the other items—articles, books, catalogs, clippings, correspondence, diaries, lectures, notes, pamphlets, patents, photographs, scrapbooks, and speeches—are from the 1870s to the early 1930s. Also includes a 23-title bibliography, links to eight related sites, a timeline, a family tree, and three informative essays (2,000-4,000 words) on Berliner's life, the history of the gramophone, and the Library's collection of Berliner recordings. A valuable site for those studying the beginnings of the recording industry, turn-of-the-century popular culture, and the milieu of American inventors in the period from the 1870s to the Great Depression.