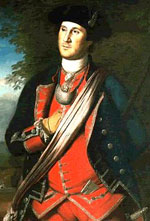 February 16 is Presidents Day—but what exactly does that mean? Even though it's a federal holiday, Presidents Day actually doesn't exist. It's officially still named George Washington's Birthday. The observance of Washington's birthday on February 22 began in 1880 (or 1885, depending on where you lived), but in 1971 the celebration changed to the third Monday in February. The chronological proximity of Abraham Lincoln's birthday on February 12 (never an official federal holiday), state mandates to combine the observance with recognition of other presidents,—even a push from commercial interests to call the day Presidents Day in order to have retail sales promotions—all led to the unofficial name, Presidents Day.

An unquantifiable number of excellent web resources exist for teaching about individual presidents and the presidency in general from presidential libraries to historic sites, to the National Archives and Library of Congress—to highlight perhaps the most familiar—however, several are listed below as supplemental "quick fixes."

White House 101: Facts and Fun for All Ages offers a comprehensive look at the presidency, from biographical slide shows and essays, to a briefing room with a blog of current events and commentary to a look at the categorized agenda of the Obama administration—and of course, a look at the White House and its history.

Constitutional Rights Foundation considers Presidents Day in 2009 as a time for reflection. The site looks at 13 presidents and key decisions and events from each administration from Washington to Lyndon Johnson. The initial article on George Washington, What Made George Washington a Great Leader, also lists the 10 best and 10 worst presidents, voted by 846 historians in 1983. Compare that with a recent C-span survey.