Multiperspectivity: What Is It, and Why Use It? 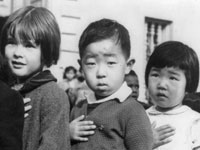 What is multiperspectivity in history?

Exploring multiple perspectives (which is known as "multiperspectivity" in parts of Europe) requires incorporating source materials that reflect different views of a historical event. In recent decades scholars and educators have begun to question the validity of singular (one-sided) historical narratives. Instead of just focusing on dominant groups and communities, they recommend employing multiple perspectives. One reason for this stems from increasing diversity and cultural pluralism, since many groups—women, the poor, ethnic minorities, etc.—have been ignored in traditional historical narratives.

. . . many groups—women, the poor, ethnic minorities, etc.—have been ignored in traditional historical narratives.

Another reason is disciplinary. After all, good historians don’t just settle for one perspective on a historical issue—they piece together many (sometimes competing) versions of a story to construct an accurate interpretation. As Ann Low-Beer explains, "In history, multiple perspectives are usual and have to be tested against evidence, and accounted for in judgments and conclusions."

Here's an instance of using multiple perspectives: When studying the voyages of discovery, students would not only learn about explorers like Columbus, but about the peoples who had been "discovered." Historian Jon Wiener, writing in American History 101 in Slate magazine, offers the following example:

In the case of Reconstruction. . . I focus [on] the three most significant [perspectives]: the Northern Radicals, who shaped federal policy and who wanted to bring the former slaves into the economy of the free market, as wage earners, and into the political system, as voters; the Southern planter elite, who wanted to preserve as much of the old plantation labor system as possible; and the former slaves themselves. Their understanding of freedom was, as Eric Foner has written, "shaped by their experiences as slaves." Freedom for them meant freedom to work for themselves—economic autonomy and access to land. This argument shows the freedmen defining their own interests, in conflict with the federal government, which claimed to represent them. Thus, instead of giving students a list of facts and dates to memorize, I would ask them to conceive of what's happening as a three-sided conflict over the meaning of freedom.

. . . instead of giving students a list of facts and dates to memorize, I would ask them to conceive of what's happening as a three-sided conflict over the meaning of freedom.

Consequently, for Wiener, "students end up learning not just about what happened during Reconstruction, but about how history itself gets reconstructed."

If not yet universal, this approach is widely accepted. In its most recent Position Statement, the National Council for the Social Studies in the United States recommended students learn to "think critically, and make personal and civic decisions based on information from multiple perspectives."

So what can a classroom teacher do? Try incorporating primary sources that represent a range of views on a historical issue. Then, ask students to spend some time thinking about why different groups may see the same event in different ways. Oftentimes a different story emerges when those multiple perspectives are put together. The result is enriched historical understanding.

Follow the Line
Why Did It Happen? Making Claims about Cause and Effect
Teaching the Transcontinental Railroad
Using Visuals to Build Interest and Understanding
Advice for the Student Teacher
Sifting for Sources