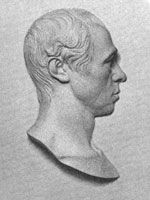 James Madison proposed 12 amendments to the Constitution, but only 10 were approved. What were the two that were not?

When the Constitutional Convention sent the proposed Constitution to the states for ratification, Anti-Federalists voiced strong objections to it, especially criticizing the strength it invested in the national government and its lack of explicit protections for the rights of individuals. Politicians in several states were able to secure their states' ratification of the Constitution only with the promise that it would be almost immediately amended.

In 1789, James Madison, then an elected member from Virginia of the First Congress's House of Representatives, proposed 19 amendments meant to answer the objections already raised in the states. The Senate consolidated and trimmed these down to 12, which were approved by Congress and sent out to the states by President Washington in October, 1789.

The states ratified the last 10 of the 12 amendments. They became the first 10 amendments to the Constitution, and are now referred to as the Bill of Rights. Not enough states (10 were needed at the time) ratified the first two of Madison's original 12, however, and they did not become law.

The second of Madison's 12 amendments forbade Congress from giving itself a pay raise: Congress could vote for a raise but it would only apply from the beginning of the next Congress. This amendment also failed to gather the required number of state ratifications in the years after it was introduced. In 1982, however, Gregory Watson, a university student doing research for a government class, ran across a description of this amendment and realized that it remained "alive" because it had included no language in it about a window of time in which it had to gain the needed number of state ratifications. Watson organized a successful effort to lobby various state legislatures, seeking their ratification of the amendment. As a result, the needed number was eventually reached and this amendment, first proposed in 1789, became the 27th (and most recent) amendment to the U.S. Constitution in 1992.