How Did "Colonel" Become "Ker-nul"? 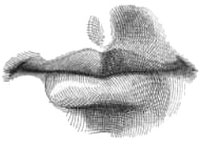 Why do Americans pronounce the word "colonel" as if there was an r in it?

Colonel came into English, according to The Oxford English Dictionary, in the mid-16th century from Middle French, and there were two forms of the word then, coronel (or coronelle, akin to Spanish coronel) and colonel, the latter form more clearly reflecting its Old Italian antecedent, colonello ("column of soldiers," from Latin, columnella, "small column"). The written style continued to reflect the older form, while the spoken form, competing against it, as it were, reflected the other—coronel—which was often pronounced to sound like "kernul" or "kernel." Given the Middle French form, the r sound in the pronunciation of some Americans is not strange.

British and American pronunciations differ, but dialects across the British Isles vary as well.

Most American English dialects are "rhotic," whereas "Received British Pronunciation" (RPR) is "non-rhotic," which means that there are many cases where a Brit will not pronounce the letter r except when it is followed by a vowel sound. As a result, words pronounced in many dialects of American English as having an "r-colored vowel" (e.g., hard, cupboard, water, bird) are pronounced with an open, plain vowel sound by Brits. However, British dialects are varied: Despite the growing influence of non-rhotic RPR over the last several centuries, rural dialects in the west of the British Isles are still rhotic. When colonel first came into the language, it is unclear how many Brits would have pronounced the r in it and how many would not have done so.

Not all Americans pronounce the r

In addition, not all Americans pronounce the r. My aunt Virginia, I imagine, was surprised when, growing up as a little girl in Mississippi, she was taught to spell her name and discovered that there was an r in it. In my head, I can hear her pronounce the name of our distant kinsman, "Colonel John Singleton Mosby," and I hear no r in it at all.

Now here's a question for you to research: When Brits pronounce the rank of Lieutenant Colonel, why do they sometimes pronounce the word "Lieutenant" as if it were spelled "Lef-tenant?"

Images of Virginia Colonels George Washington, John Singleton Mosby, and Robert E. Lee are from the New York Public Library Digital Collection and from the Prints and Photographs Division, Library of Congress.

U.S. Marine Corps
Martha Ballard
1896: The Presidential Campaign
All Disquiet on the Western Front
Voices of Women's Reform
The Capital and the Bay, ca. 1600-1925