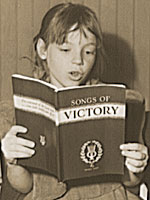 I have received information that at least some Baptists do not consider themselves as Protestant, but that they predate the Reformation Period. Can you tell me where the Baptist movement in the U.S. came from?

At least some Baptists do not consider themselves "Protestants." This is to emphasize their sense that, insofar as the Protestant Reformation was as a contest between the Roman Catholic Church and reformers who sought to protest certain features of the Catholic Church and to reestablish the Church on what they considered was a purer basis, the Baptists have not entered into that contest. They have rejected the notion of a "universal Church" altogether, admitting the authority of only local organizations, individual communities of believers, and, ultimately, each individual before God. As a result, they have found themselves at odds with the Catholic Church, the Orthodox Church, and mainline denominational Protestantism.

They have rejected the notion of a "universal Church" altogether.

The entire Reformation, however, trended in this direction—away from recognizing a central authority and toward recognizing "private judgment" as the touchstone of authority. In this light, therefore, Baptists are heirs of the Protestant Reformation, and their reluctance to group themselves with other Protestants is a radical form of the spiritual individualism that characterized the Reformation as a whole.

The Baptists, specifically, grew within and from, the Separatist movement in England during its civil war in the 16th century. The Separatists wished to separate from the established Church of England and form independent congregations. They were also called "Nonconformists" because they did not conform in doctrine or practice with the established Church. Most of them were Puritans—that is Congregationalists—and the Pilgrims brought Puritanism to America and established it in New England.

Some of the Separatists also adopted an extreme skepticism regarding civil control over religion. They formed congregations that had essentially no authority over one another in matters of doctrine or practice, and they also admitted no overarching religious authority. Some of them were influenced by the teachings of the earlier "Anabaptists" in northern Europe. Although the Anabaptists adopted Calvinist theology, they had some unique views that the early Baptists adopted.

Views on who should be baptized and when were unique.

The most characteristic of these was the conviction that Church membership was open only to believers who had consciously made a commitment of faith in Jesus Christ. This meant that children and infants, who were incapable of a mature commitment, could not be baptized. Their rejection of infant baptism became one of the most pronounced differences between them and the practices of other Christians, both Catholic and Protestant. Converts who had been baptized previously, therefore, were baptized again (ana-baptist), or, from the perspective of the (so-called) Anabaptists, were truly baptized for the first time. All these groups were convinced that this was the only form of baptism practiced by the first Christians. The Baptists adopted these views, as well as the idea that Baptism could only be accomplished by complete immersion in water, rather than by pouring water over the head.

In England, the early Baptists were persecuted. John Bunyan, the Baptist author of The Pilgrim's Progress, for example, wrote his book while imprisoned for his unauthorized preaching.

Roger Williams, who had been persecuted for his anti-establishment sermons in Massachusetts, exiled himself out of reach of his Puritan opponents and established the colony of Rhode Island. He helped found what was probably the first Baptist Church in America in Providence in 1638.

During the 17th and 18th centuries, Baptists found the religious freedom they sought, at the beginning in Rhode Island and Pennsylvania, but then elsewhere. Their ranks were enlarged by converts from Congregationalism, but also from other Nonconformist sects. In addition, they embraced the movement of religious revival during the Second Great Awakening, and found an enthusiastic mass of converts as they spread down the Appalachians into the South and West. Baptists played a crucial role in influencing the framers of the Constitution to insure freedom of religion and conscience in the new Republic, and to promote the idea of a "wall of separation" between church and state.

The highly autonomous nature of a Baptist congregation, recognizing no higher "worldly" authority over the religious beliefs and practices of its members, proved to be a good fit in many ways with the democratic, populist character of America. It also appealed to African Americans, who could found their own churches with little religious interference from others.