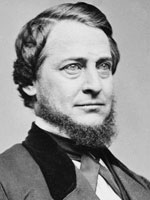 Someone told me that during the Civil War, one of the American presidents got elected, or someone was elected to a government position when agreeing to remove the Union Army/military from Confederate states or certain territories to get the votes. Is any of this true? Was anyone elected to public office by removing the military from Confederate regions before, during, or after the Civil War?

Here are three possibilities about what you were told, none of which match precisely what you have described.

One possibility relates to the actions of Lincoln just after he assumed the presidency in 1861. By late March and early April, several southern states had seceded, but a few closer to the North—Virginia, in particular—had not. Virginia had called a Constitutional Convention to decide its course, but those in favor of remaining in the Union were in control of the convention, and this apparently accorded with public sentiment in Virginia. Nevertheless, the convention did not adjourn, so the outcome was still undecided.

During those weeks, the political and military situation was extremely volatile. The Federal army's forces at Fort Sumter in Charleston Bay and at Fort Pickens outside Pensacola needed to be relieved or reinforced, especially in the face demands from South Carolina and Florida. These two states called for the evacuation of federal soldiers at the forts, an action that would have been widely seen as a de facto recognition of the legality of their secession.

In testimony after the war at a congressional hearing, John Minor Botts and John Baldwin, both pre-war Virginia politicians and delegates to the Virginia convention in Richmond, gave contradictory testimony about Lincoln’s actions. Botts claimed that Lincoln had asked to confer with Baldwin, and that during their talk, Lincoln asked Baldwin to relay to the convention a pledge that, if it would adjourn without voting for secession, he would evacuate the federal forces from Forts Sumter and Pickens. Botts met with Lincoln several days later, he testified, and Lincoln had told him about the offer. This had alarmed Botts, who heard nothing of the offer from Baldwin. Botts claimed that Baldwin, on his own initiative, said nothing about the offer because it could have prevented Virginia’s secession. Baldwin, however, strongly denied that Lincoln had made any offer during their conversation.


if it would adjourn without voting for secession, he would evacuate the federal forces from Forts Sumter and Pickens

Nevertheless, by the time Lincoln met with Botts, he had already dispatched orders to send forces by sea to relieve Forts Sumter and Pickens, an action that South Carolina and Florida resisted by force. After the bombardment of Fort Sumter from Charleston and its fall, sentiment in Virginia and at the convention shifted dramatically, and Virginia seceded.

In the hearing, Botts—who was a Unionist before and throughout the war—said that Lincoln’s offer elevated the president’s reputation as a statesman who was genuinely seeking peace and the preservation of the Union. The Radical Republicans who presided over the hearing, however, were troubled by the idea that Lincoln had made such an offer, because, from their point of view, it would suggest that he had been willing to “offer a bribe to Treason.”

Historian Nelson Lankford points out that Lincoln may have been pursuing more than one course during the first weeks of his presidency, before hostilities erupted. He was criticized in the press for indecision, but in fact he had been working to resolve conflicting advice within his cabinet. His secretary of state, William Seward, in particular, advocated resolving the issue through negotiation, rather than by force.

Another possibility relates to the presidential election of 1864, when the Democrats nominated General George B. McClellan. The party's platform called for an end to prosecuting the war and a truce with the Confederacy, which would have ended the war by allowing the secession of southern states. McClellan himself did not agree with this and advocated continuing the war. Because the war had not been going well for the North, the Democrats might have won the election, but Union victories close to election day bolstered the Republicans, and Lincoln was re-elected.

The Democrats' "peace plank" had declared the war a failure and promised to end hostilities. Its author was Clement Laird Vallandigham (a photo of him is at the top of the page), an Ohio politician who was arrested, tried, and convicted by a military tribunal the previous year for "disloyal" statements. Instead of serving time in jail, he was exiled south by Lincoln. From there he traveled to Canada and accepted the Ohio democratic nomination for governor in absentia. During his campaign, which he ran from a hotel room in Canada, he pledged, if elected, to withdraw Ohio from the Union unless Lincoln ceased hostilities with the Confederacy.


he pledged, if elected, to withdraw Ohio from the Union unless Lincoln ceased hostilities with the Confederacy

Vallandigham lost the election in a landslide, but continued to be influential in the Democratic Party. If McClellan had won the 1864 presidential election, many Democrats were determined that Vallandigham should serve as secretary of war.

At the End of the War

A third possibility relates to the closing days of the war. Radical Republicans in congress as well as Secretary of War Edwin Stanton became concerned that Lincoln would allow the confederate states back into the Union without punishing them or forcing them to outlaw slavery.

Their fears seemed well-founded when they learned that Lincoln, during a trip to Richmond after its fall, early in April 1865, consulted with at least one Virginia politician and had informally encouraged him to help reconvene the Virginia legislature, declare the state's loyalty to the Union, and order Virginia's soldiers to lay down their arms. In return, said Lincoln, the legislature would be recognized as the de facto government of the state and it could begin to restore order. Republicans viewed Lincoln's offer as an attempt to usurp the power of Congress and as a "bribe of unconditional forgiveness." The point soon became moot, however, by Lee's surrender of his army at Appomatox. The Virginia Legislature did not reconvene.

Image Sources:
"Good-by to Sumter—February 3, 1861," the wives and children of the soldiers quartered at Fort Sumter wave good-bye as they leave, evacuated aboard the steamer Marion bound for New York, Harper's Magazine, February 23, 1861.