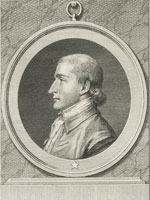 When did the government of Spanish Louisiana begin its involvement in the American revolution?

Perhaps this question was stimulated by another recent question and answer. Please consider that exchange as preliminary background for what follows here.

After Spain's public acknowledgment in June 1779 that it would join with France to wage war on Britain, the Governor General of Spanish Louisiana, Bernardo de Gálvez, began his successful military campaign against British forces in Florida, Louisiana, and in the Mississippi River Valley.

John Jay's mission to Spain, which began in September of that year resulted in no additional direct aid to the American colonies, although Spain funneled some money to them indirectly, which helped the Colonies stabilize its currency. But Spain had had reasons of its own to harass Britain militarily and it had begun to do just that, conscious that Britain's world-wide military power would be occupied to some extent by the revolt of its colonies in America.

The Catholic monarchy of Spain, however, had little sympathy with the British colonies' budding republican ideals. The U.S. State Department's website, describing Jay's mission to Madrid, says that Carlos III's minister, with whom Jay dealt, "worried about American claims to lands west of the Appalachians and navigation rights on the Mississippi River and feared that the flames of the American revolution might spread to Spanish colonies in the Americas."

Nevertheless, his worry did not hinder Spain's pursuit of its own interests in America against the British and this certainly had the indirect but substantial effect of supporting the American colonists.

Drawing by Pierre Eugène Du Simitière, "His Excellency John Jay, President of Congress & Minister Plenipotentiary from Congress at Madrid," from Portraits of Generals, Ministers, Magistrates, Members of Congress, and Others, Who Have Rendered Themselves Illustrious in the Revolution of the United States of North America, Vol. 3. London: R. Wilkinson and J. Debrett, 1783.