Central Question: How is Jewish immigration generalized by textbooks?

Some textbook narratives point out large, well-known anti-Semitic groups but fail to examine in detail acts of violence against religious and cultural minorities or the acts those groups took to combat the virulent, unapologetic anti-Semitism.

American Jewish history provides a test case for the question of how different the experiences of the “old” and “new” immigrants actually were, with a growing number of historians convinced that the period between 1820 and 1924 should more properly be seen as a continuous century of American Jewish migration that saw more structural similarities than discontinuities.

A shared wellspring of religious and cultural traditions helped keep even the most contentious elements of the American Jewish community intertwined in some ways. For example, the 1910 Protocol of Peace was negotiated and signed by Jewish communal leaders and lawyers who represented both Jewish garment manufacturers and factory owners, and Jewish workers and labor activists. 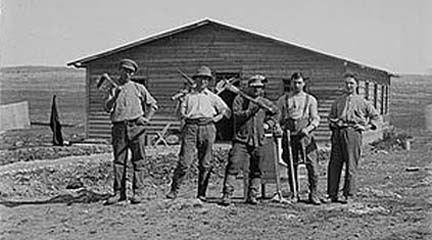 All textbooks cover the great wave of immigration that brought approximately 25 million people to America from 18801924. They provide a standard account of chain migration, ethnic urban neighborhoods, the Americanization movement, and the successful campaigns for restrictive immigration legislation. Eastern European Jews are often cited as examples of the new religious groups entering the U.S., as frequent participants in the labor activism that characterized industrial development, and as significant contributors to popular American culture, especially through music and movies. Several other significant elements of the Jewish immigrant experience receive little attention, but a closer look sheds light on the complicated turn-of-the-century immigration to America.