From the Ku Klux Klan to the IWW, examine 129 historical documents from radical organizations. 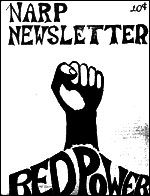 This website contains 129 pamphlets, documents, and newsletters produced by or relevant to radical movements. Groups represented by one to 30 documents include the American Indian Movement; Asian Americans; the Black Panthers; the Hollywood Ten; the Ku Klux Klan, the IWW, and the Students for a Democratic Society. Additional situations covered include the Rosenberg case, Sacco and Vanzetti, and the Scottsboro Boys. Additional topics include birth control and the events at Wounded Knee. This is a small but useful resource on radicalism, political movements, and rhetoric.