Read up on the NRO, NSA, and the use of satellite imaging for intelligence collection. 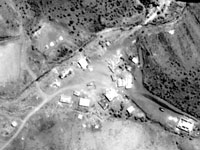 Presents histories of two secretive U.S. intelligence organizations—the National Reconnaissance Office (NRO) and the National Security Agency (NSA)—and documents the use of satellite imagery in U.S. intelligence operations. Material is organized into three electronic briefing books. The site includes 23 documents from 1961 to 1996 on the creation of the NRO—established in 1961 to coordinate U.S. reconnaissance efforts; 24 documents from 1950 to 2000 on the NSA, created to manage and control U.S. communications intelligence activities; and 14 satellite photographs with a 4,400-word essay on the history of U.S. satellite imagery from 1960 to 1999. The NSA briefing book offers President Truman's 1952 memo establishing the agency and additional documents concerning topics such as North Vietnam military strategy, India's atomic energy program, the global surveillance network known as Echelon, and concerns about possible infringement by the agency of privacy rights of U.S. citizens. Satellite photographs show sites in the Soviet Union, the Sudan, Iraq, Serbia, and Afghanistan.

Includes links to information on three microfiche sets of related documents and three books on the history of U.S. intelligence operations by the site's creator, Jeffrey T. Richelson. Valuable for those studying the effects of technological developments on the history of U.S. espionage activities and international relations during and after the Cold War.