Significant Changes in Teaching History over the Past Decade 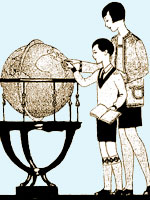 I would be interested in any views regarding what you think are the most significant changes in teaching history over the past 10 years.

Three of the most significant changes in teaching history over the past decade are the following: teaching the narratives of U.S. history within a wider frame to include other countries and regions, and where relevant, a global perspective; emphasizing "historical thinking" as a fundamental pedagogical goal; and an acceleration in the corporatization of American higher education that has had harmful impacts with regard to the conditions of teaching history.

One of the most significant recent movements in the teaching of American history has been concerned with bringing the rest of the world back into the picture through acknowledging that developments in U.S. history cannot be understood adequately without exploring the nation's history from broader perspectives. Beginning in 1997 and continuing for four years, the Organization of American Historians and New York University collaborated on a Project on Internationalizing the Study of American History. During annual conferences held at NYU's Villa Pietra campus in Florence, Italy, an international group of historians presented papers and discussed issues concerning the effort of "Rethinking American History in a Global Age," a phrase that subsequently became the title of an acclaimed collection of selected essays culled from conference proceedings. As Thomas Bender, the editor of the collection and a prime mover behind the effort, has written, the intent "is to integrate the stories of American history with other, larger stories from which, with a kind of continental self-sufficiency, the United States has isolated itself." Not only foreign relations, but "every dimension of American life," Bender believes, should be understood "as entangled in other histories."

The point "is to contextualize the nation" to produce "an enriched national history"...

Bender has been careful to distinguish the effort from that of global history. The point, he insists, "is to contextualize the nation" in order to produce "an enriched national history, one that draws in and draws together more of the plenitude of narratives available to the historian who would try to make sense of the American past."

In the report of the La Pietra Conference, Bender notes that the new approach "builds upon comparative history," but is different from that type of history also. "Rather than comparing two national experiences," Bender explains, the goal is to relate "national experiences to larger processes and local resolutions." The effort has been influenced by a number of earlier historiographical developments, including “the study of the African diaspora, the creation of the Atlantic world, diplomatic history, the history of migration, environmental history, the study of gender, and intellectual history.”

Following the publication of the La Pietra Report and the "Rethinking" volume, Bender himself authored A Nation among Nations: America’s Place in World History, in which he contextualized five themes of American history within a wider, often global, perspective: the discovery of America, the American Revolution, the Civil War, the "American way of empire," and movements and ideals of American progressive reform, social liberalism, and social citizenship. Bender notes that American historians of the 1890s, during a period of professionalization, often performed this type of contextualization in their studies, but that “the worldly impulse among historians went into decline" following World War I and "was dismissed after World War II."

In 2008, both the Organization of American Historians and the American Historical Association published guides for teachers of the U.S. history survey course who wish to incorporate a global perspective into their curricula: American on the World Stage: A Global Approach to U.S. History, and Globalizing American History: The AHA Guide to Re-Imagining the U.S. Survey Course. These works include both discussions of issues involved in broadening the perspective and practical suggestions for teachers.

Scholarship of Teaching and Learning

A second trend, what some historians have called a "pedagogical turn in the profession," known otherwise as the scholarship of teaching and learning (SoTL), surfaced in large part following the publication in 2001 of Sam Wineburg’sHistorical Thinking and Other Unnatural Acts: Charting the Future of Teaching the Past. Wineburg, a professor of education at Stanford University (and the Executive Producer and Senior Scholar of this website), publicized the use of concepts and research stemming from the field of cognitive psychology in order to ask fundamental pedagogical questions and create research programs to evaluate methods and processes of teaching and learning history. He argued that "historical thinking, in its deepest forms, is neither a natural process nor something that springs automatically from psychological development,” but rather a way of inquiry that “actually goes against the grain of how we ordinarily think."

there is only a small push towards the application of historical thinking and it has not yet resulted in having our students 'do history.'

Wineburg claims "that history holds the potential, only partly realized, of humanizing us in ways offered by few other areas in the school curriculum." His project has been strongly motivated by a sense of civic purpose and has been critical of the status quo in the profession. To develop historical thinking, students and teachers, he advises, must "reconcile two contradictory positions: first, that our established modes of thinking are an inheritance that cannot be sloughed off, and second, that if we make no attempt to slough them off, we are doomed to a mind-numbing presentism that reads the present onto the past." In order to foster a learning experience that adequately acknowledges the otherness of lives lived in the past or present. Wineburg’s vision calls for "the education of our sensibilities," an endeavor that "history, when taught well, gives us practice in doing."

Despite an upsurge in studies and writings on historical thinking since Wineburg’s book was published (see Sources below), a recent study concludes, "In this age of assessments and standards, there is only a small push towards the application of historical thinking and it has not yet resulted in having our students 'do history.'"

With regard to the final trend, what some historians and educators have called the corporatization of American higher education, a recent study prepared for the American Federation of Teachers revealed that "contingent" faculty and instructors, those holding temporary teaching jobs without tenure, make up about 70 percent of the teaching population in the U.S. and teach 49 percent of more than 1.5 million undergraduate classes at public colleges and universities, including nearly 58 percent of public community college courses and close to 40 percent of classes at public comprehensive colleges and research universities. These figures do not include graduate students, who teach between 16 and 32 percent of classes at research institutions. The report notes, "Particularly in the case of part-time/adjunct faculty members, contingent instructors receive disproportionately low pay and inadequate employment benefits such as pensions and health insurance." Contingent faculty teach an average of 43 percent of the undergraduates in public colleges, or 37 percent of undergraduates at public comprehensive colleges and research universities, and 52 percent of students at public community colleges.

On average, part-time/adjunct faculty are paid $2,758 per course,"only a quarter of what average full-time (tenured and tenure-track) faculty members receive on a per course basis if their full salaries are divided by the average number of classes they teach." Full-time faculty not on tenure track make one-third less than tenured faculty and those on the tenure track. Despite the fact that tenured and tenure-track faculty are responsible for important non-teaching duties, the report concludes, "it is not reasonable to suggest that contingent faculty deserve to be paid at the disproportionably low wages they currently earn for the valuable service they provide." To rectify this situation, the report proposes a plan "to achieve pay equity and increase the number of full-time tenured faculty members without job loss to existing instructors."

Average income for contingent faculty falls below the poverty line. ...the corporatization..."has to be exposed, challenged, and opposed."

In February 2008, the journal History Teacher published a series of articles by historians concerning this trend. Gerda Lerner notes a "tendency toward a 'star system' in hiring," in which research universities and private institutions, in order to improve their national ranking, compete for a relatively small number of "star" faculty, whose salaries as a result increase dramatically relative to the average. To compensate for these high salaries, institutions have increased the number of contingent faculty, whose average income falls below the poverty line. Job security for contingent faculty is non-existent and they receive no health or retirement benefits. In the field of history, the proportion of part-time faculty in four-year institutions in 2003 rose to 25 percent from 6 percent in 1979, while 70 percent of history faculty in two-year colleges in 2003 worked on a part-time basis.

In addition to the equity issues that this system poses, Lerner points to consequences of the "two-tier labor market"—what she characterizes as a "dangerous trend"—for students and history departments. Along with the "star system" for faculty, institutions have accelerated competition for "star" students, which has resulted in a deceleration in the trend to democratize American higher education that began following World War II due to the GI Bill of Rights. With the decrease through attrition of tenured positions made possible by increase employment of contingent faculty, the influence of faculty concerning administrative matters of institutions will decrease, she worries. Lerner advocates that the corporatization of American higher education "has to be exposed, challenged, and opposed."

Please visit Ask-a-Master Teacher on the Clearinghouse for another perspective on this question.

Organization of American Historians, "The La Pietra Report: A Report to the Profession," (accessed February 6, 2009).

Sam Wineburg, Historical Thinking and Other Unnatural Acts: Charting the Future of Teaching the Past (Philadelphia: Temple University Press, 2001), 7, 5, 12, 24.

Brad Burenheide, "I Can Do This: Revelations on Teaching with Historical Thinking," History Teacher 41 (November 2007): 56.

Michael Coventry and others, "Ways of Seeing: Evidence and Learning in the History Classroom," Journal of American History 92 (March 2006): 1371-1402.

David Pace, "The Amateur in the Operating Room: History and the Scholarship of Teaching and Learning," American Historical Review 109 (October 2004): 1771-92.

Daisy Martin and Chauncey Monte-Sano, “Inquiry, Controversy, and Ambiguous Texts: Learning to Teach for Historical Thinking,” in Warren and Cantu, 167-186.