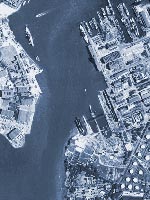 If America had opened its ports at Pearl Harbor and the Philippines to the Russians prior to 1941, do you think that might have delayed or caused the Japanese to think twice about attacking these places, so as not to get America and Russia combined against them?

Most probably not. Although the Japanese generally avoided attacking Russian ships, there simply was not a lot of Soviet merchant shipping in the Pacific at the time. And perhaps more important, there were almost no Soviet warships in the region, so the chance of the Japanese attackers encountering and engaging with Russian ships by accident was small. Even if they had, Japan and Russia had chosen to gloss over incidents in the recent past because they calculated it was in their larger interests to do so. The chance that Japanese attackers might have damaged Russian ships did not affect Japanese planning.

American ports were not closed to Russian warships or merchant ships. A fleet of 11 Soviet ships, for example, left port at Balboa, U.S. Canal Zone, in July 1939, for the Russians' naval base at Vladivostok. Four mine layers among the fleet went by way of San Francisco, and the other ships went by way of the merchant shipping port facilities next to Honolulu.

Russian freighters and tankers often used port facilities in Los Angeles, San Francisco, Seattle, and Dutch Harbor, Alaska. It was Russia's merchant ships, not its navy, that crossed the Pacific at this time. At the beginning of World War 2, many of the Soviet Union's warships, in fact, had been purchased from or built by the U.S. The bulk of its navy was based in the west, in Leningrad, Kronstadt, Sevastopol, Odessa, and Murmansk.

Soviet Naval Power before the War

Soviet maritime activity, both mercantile and military, had waxed and waned from the late 19th century to the World War 2 period. Japan was a regional rival and this tension erupted in the 1904-05 Russo-Japanese War, in the course of which Japan all but obliterated the Russian fleet and emerged as a world naval power. The 1917 Russian Revolution and 1919-21 civil war drew off much of the Russian military presence in the Far East and Pacific region, but it began to build up again, including at its Pacific base in Vladivostok, in response to Japanese incursions in China in the late 1920s and into the 1930s. The Soviet Pacific Ocean Fleet at that time consisted almost entirely of small submarines, torpedo boats, and coastal patrol boats.


Russian warships would not have been cruising the Pacific, either in Hawaii or the Philippines before the war.

Almost all of the Soviets' "blue water," heavy warships were in the west. This did not have anything to do with American policy regarding its ports. In short, Russian warships would not have been cruising the Pacific, either in Hawaii or the Philippines, before the war. They were needed elsewhere.

Volatile Relations between the U.S., the Soviet Union, and Japan

The Soviet-Japanese Neutrality Pact was signed in April 1941. Cross-border skirmishes in Japanese-occupied Manchuria and in Mongolia motivated Japan to sign in order to keep Russia from tying it down in northern Asia while it accomplished its goals of territorial expansion in Southeast Asia. Russia signed it because it was focusing its military might to the west, supplying Germany with food and war material, in line with the August 1939 Molotov-Ribbentrop Pact, but also preparing for a confrontation with Germany itself. That came in June 1941, when Germany suddenly invaded the Soviet Union.


Both the Soviets and the Japanese found it expedient to honor their neutrality pact throughout most of the war.

At that time, Japan, as an ally of Germany, apparently briefly considered abrogating its neutrality pact with the Soviets and invading Russia, but decided against it in favor of focusing on military conquests toward the south. Both the Soviets and the Japanese found it expedient to honor their neutrality pact throughout most of the war. That included, for Japan, allowing passage to Russian merchant ships that were carrying supplies from the U.S. to Vladivostok.

After the 1939 Molotov-Ribbentrop Pact, the U.S. had conducted its Russian trade warily, with some constraints on what it would allow to be sold to the Russians (to try to prevent material from being further shipped to Germany). Britain, during this time, pressed the U.S. to drastically reduce its trade with Germany, Italy, and Japan, as well as Russia, as a partner in its "economic warfare."

From the summer of 1941, after Germany invaded Russia, U.S. relations with the Soviet Union went into flux, as FDR's administration moved to convert a near-adversary into an ally. In September 1941, for example, FDR promised Russia that the U.S. would deliver five new B-17s, flying them to Russia over the skies of Germany. U.S. constraints on sales were lifted and America began shipping food, fuel, and other war material to Russia, via Vladivostok, under the terms of the Lend Lease Act.

At nearly the same time, Roosevelt, not wishing to subsidize Japan's expansion in Asia, stopped shipment of U.S. oil and gasoline to Japan. It was at this point that Japan concluded that it would have to go to war with the U.S. in order to ensure its own territorial expansion. From Japan's point of view, at least privately, the die had been cast. The U.S. was still, however, trying to sort out its interactions with Russia under the changed circumstances. No joint naval operations, for example, had been authorized by the U.S. Chief of Naval Operations by the end of 1941.

Although the Germans pressured their Japanese allies to stop the shipping of U.S. goods via Russian freighters to Vladivostok, it continued, mostly unmolested, throughout the war. Both the Russians and the Japanese generally went out of their way avoid conflict with each other, despite isolated incidents. On May 1, 1942, a Japanese submarine sunk the Soviet cargo ship Angarstroi, loaded with sugar, in the Sea of Japan after it was detained, searched, and released by the Japanese Navy. At first, the Japanese blamed it on an American submarine, but the Soviets were not fooled and tensions escalated. The same month, a Japanese submarine exchanged fire with a Russian freighter off the coast of Australia.

At that point in the war, Japan was riding on the crest of victories at Pearl Harbor and the Philippines and it is possible that some of its naval officers were emboldened enough to disregard the Russia-Japan Neutrality Pact. Both countries built up their forces facing each other, separating Siberia from Manchuria, and Outer Mongolia from Inner Mongolia, but Russian and Japanese diplomats and military officers decided to pass over the incidents at sea and Russia and Japan continued to avoid conflict.

The Japanese meticulously planned their attacks at Pearl Harbor on December 7, 1941, and, on the following day, at Manila. Their goal, which they largely (though only temporarily) achieved, was to destroy or disable the American Pacific fleet, especially its capital ships (aircraft carriers and battleships), in order to clear obstacles to the Japanese invasion of suth and southwest Asia, starting with the Philippines.

For the Pearl Harbor attack, the attacking Japanese pilots knew the composition of the American fleet and targeted specific ships. They were even prepared to fly to Maui in pursuit of these particular ships if the fleet had moved to its occasional anchorage at Lahaina.


Japanese pilots knew the composition of the American fleet and targeted specific ships.

The attackers, in other words, were not aiming to cause general chaos and destruction, but rather to destroy specific warships, to the extent that they could locate them. (The Americans' aircraft carriers happened to be out at sea that morning). The Japanese did not attack the merchant docks in Honolulu Harbor, and so, whatever foreign freighters happened to be there were not imperiled. The attack on the Philippines 10 hours later was aimed particularly at destroying U.S. military airpower in the Pacific, the B-17s and P-40s at Clark and Iba air bases. This would give Japan's airplanes uncontested control of the air and, therefore, allow the Japanese army's invasion of the Philippines.

Images:
"This is Not [a] Drill" Dispatch, 12/07/1941, National Archives and Records Administration, Waltham, Massachusetts.