Freedom and the National Debt 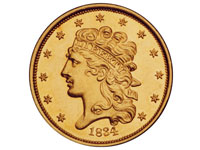 It can be difficult to teach the important events of the Jacksonian Era, especially the economic events. Please assist me by giving me some insight into Andrew Jackson's ability to lower/pay off national debt as well as other economic events at that time.

All of the major economic events of the Jacksonian Era can be linked to Andrew Jackson's determination to pay off the national debt. Not only did he enforce the steady shrinking of the debt by paying it off and being strictly frugal with federal funds, but he also established policies to ensure that the government would not incur new debt. As a result, the U.S. actually did become debt free, for the first and only time, at the beginning of 1835 and stayed that way until 1837. It remains the only time that a major country was without debt.

Jackson and his followers believed that freedom from debt was the linchpin in establishing a free republic. It freed the country and its citizens from burdens and bondage to creditors. It freed the majority from dependence on a minority.


If the government involved itself in the creation and sustaining of credit and debt, it would naturally encourage "public and private profligacy"

As Jefferson had thought of it, debt involved dependence on one's creditors, whoever they might be, domestic or foreign, and, as he famously wrote in Notes on the State of Virginia, "Dependence begets subservience and venality, suffocates the germ of virtue, and prepares fit tools for the designs of ambition." If the government involved itself in the creation and sustaining of credit and debt, it would naturally encourage "public and private profligacy," as Jackson put it in his first inaugural address, which meant that the government would overextend itself into the liberty of its citizens.

The government, then, should insert itself into the lives of its citizens as little as possible, and the government should strive for its own freedom from dependence on creditors. In some respects, this was simply a reading of indebtedness as enslavement and as incompatible with the status of liberty. The determination to abolish America's debt was also of one piece with the other "reform" movements of the early 19th century, the temperance movement, for example.

Alexander Hamilton's 1791 financial plan for the U.S. had included the implicit acceptance of a national debt, along with the establishment of a central bank, and the federal government's assumption of the debts of the individual states. Hamilton saw it as the federal government's duty to promote economic development, including an expansion of the money supply and credit in order to finance investment in economic growth, and even direct government subsidies of businesses.

Jeffersonians were skeptical of this. For them, debt freedom would vindicate the U.S. as an exception among countries, and would demonstrate that the new country was the golden example for the rest of the world to follow. The implication of this was, for Jackson (following Jefferson), that government should stay out of the economy as far as possible.

Tariffs and the Nullification Controversy

When Jackson came into office, the government's economic activities were being conducted along the lines of Whig Senator Henry Clay's "American System," that had two main components—high protective trade tariffs and the funding of domestic "internal improvements," mostly in the form of roads and canal projects.

High protective tariffs protected and promoted the growth of U.S. manufacturing against cheap imports. They also provided most of the federal government's revenue. The South, however, saw protective tariffs as a system of sucking money out of the region (by penalizing them with higher prices, domestic and foreign, for manufactured goods and by encouraging reciprocal tariffs levied by other countries against American agricultural products, such as tobacco and cotton) and funneling it to the North and West, as well as into the pockets of northern manufacturers.


tariffs ... provided most of the federal government's revenue

Provided with an extended rationale by Jackson's own vice president, John C. Calhoun, South Carolina passed an ordinance that "nullified" federal tariffs, based on the argument that the federal government did not have the power to levy them. Jackson responded by threatening South Carolina with force. Both sides eventually compromised, with the passage of a reduced tariff in 1833.

Jackson believed that the federal government did have the power to levy and enforce tariffs and he recognized a need for the revenues that they generated, but for two reasons. The first was to stimulate production of military supplies for national defense, and the second, to raise money to pay off the national debt, resulting primarily from the War of 1812. The debt surpassed $100 million after the war (including carryover from the Revolutionary War), but by the time Jackson entered office in 1829, it had been reduced to $58 million. Jackson did not agree with northern manufacturers that a tariff did much to promote industry and he did not agree with southern planters that it did much to penalize agriculture.

Another part of Clay's "American System" was funding transportation projects, mostly in the north and west. The rationale was to fund development that had a national effect, not a purely local one, and would bind together the different regions of the country. The legislative process for funding these projects, however, often devolved into corrupt "log rolling," with politicians swapping votes and investors gaming the system to advance special privileges through subsidies. In addition, using federal funds in this way meant that fewer funds were available for paying off the debt and so postponed the day when the U.S. would be debt free.

Jackson, therefore, began vetoing these bills, deliberately minimizing the government's involvement in the economy. He believed that the government should not be a vehicle for privileged interests and that it should remain small.

Dissolving the Bank of the United States

Out of this belief, Jackson came to oppose the Bank of the United States because it entangled the government, which capitalized it, into protecting the interests of private stockholders. He shocked the bank's president, Nicholas Biddle, as well as many other people, when he vetoed the rechartering bill in 1832. In his veto message to Congress, Jackson summed up his sense of the proper, limited role of government: "If it would confine itself to equal protection, and, as Heaven does its rains, shower its favors alike on the high and the low, the rich and the poor, it would be an unqualified blessing."

Instead, the rechartering of the bank would have required heavy capitalization using public funds that would not simply keep the bank going, but make a profit. To Jackson, the bank's purpose had been only to establish a national currency and to meet interest and principal payments on the national debt. Because the debt was soon to be paid off, much of the bank's original purpose was about to disappear.

Jackson, in fact, believed that the bank was an "abominable institution—the monster, that has grown up out of circumstances, and has attempted to control the government." He had closely read accounts of the disastrous "South Sea Company Bubble" of 1720, which had implicated the English King and his ministers in a series of financial manipulations, aided by the government's executive power. When the speculative bubble burst, it caused widespread loss, debt, and poverty. The fear of such executive power had partially inspired mid- and late-18th century radicals to agitate for a more limited central government. It inspired American revolutionary thinking and informed the Founding Fathers' determination to set up a system of limited government wherein the executive's power would be checked.

From the time that Hamilton's plan was implemented at the very beginning of the republic, opponents—including Jefferson—feared that it would consolidate moneyed interests and threaten individual liberty. That fear came to be focused on the Bank of the United States. Biddle and the like-minded staff of the bank, however, believed that it was a good thing for the government to invest in private enterprises because it would promote industry and business, and would make a profit for the government.

Late 19th-century historian James Parton wrote that, "Financiers of the Biddle school, some of whom proclaimed the national debt a national blessing, regarded the solicitude of the President on this subject as primitive and puerile." As part of his battle against the Bank of the United States, Jackson had the government remove its deposits with the Bank and place them in a number of regional banks, chartered by the various states. Unfortunately for Jackson, however, this only stimulated financial speculation, rather than dampening it, because the state-chartered banks, as a rule, operated under looser lending procedures than the national bank did. The combined debt of individual states, through state-issued bonds meant to finance "internal improvements," had climbed to nearly twice the total of the national debt.

As a result, a speculative balloon grew, based on the relatively unconstrained lending by these newly rich banks to people who were speculating in the sales of the government's western lands. In fact, for the "mercantilists" like Henry Clay and Nicholas Biddle, it was to the government's advantage to keep land prices high in order to generate more government revenue from their sale.

To try to restrain the growth of this balloon, Jackson issued an executive order, known as the "Specie Circular," in 1836, requiring that payment for western lands be accepted only in the form of gold coin. He also attempted to replace as much paper money as he could with gold coins—eagles ($10), half-eagles ($5), and quarter-eagles ($2.50). In this, he was counseled and supported by his long-time associate, Senator Thomas Hart Benton. Benton gained the nickname "Old Bullion," for this, and the gold coins came to be called "Jackson Yellow Jackets," "Yellow Boys," or "Benton Mint Drops."

The requirement to use gold to buy federal lands suddenly deflated the speculative balloon, resulting in the Panic of 1837, just as Jackson was leaving office. The sudden contraction of credit that was a consequence of Jackson's "tight money" policies continued under his successor, Martin Van Buren, even though the panic made it necessary for the government to begin borrowing money again, and since that time, the United States has never again been without a national debt.

Bruce H. Mann, Republic of Debtors: Bankruptcy in the Age of American Independence (Cambridge and London, 2002).

Robert E. Wright, One Nation under Debt: Hamilton, Jefferson, and the History of What We Owe (New York: McGraw-Hill, 2008).

Itemized federal budget for the 1st year of Jackson's administration, from The American Almanac and Repository of Useful Knowledge for the Year 1830 (Boston, Gray and Bowen, 1830): 200-208.