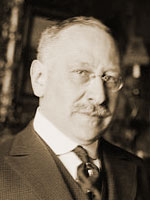 What was the Sears Roebuck publication, Tips to Trappers? Were there other ways in which Sears Roebuck and its rival Montgomery Ward tried to win over farmers?

Sears Roebuck, like its competitor Montgomery Ward, built its business as a mail-order company. Consequently, many of its customers were farmers or at least lived far away from big cities. The majority of Sears Roebuck customers also ordered out of the Montgomery Ward catalog.

In the early 1920s, many of Sears Roebuck's rural mail-order customers wrote to the company asking them to set up a way for trappers to sell their furs. Beginning in late 1925, Sears Roebuck & Company, through the Sears Raw Fur Marketing Services, began buying furs from independent, rural trappers. Trappers would mail packages of their prepared muskrat, mink, otter, raccoon, fox, badger, beaver, weasel, skunk, and opossum pelts to a Sears depot. At first there was only one in Chicago, but the company soon increased the number of depots around the country, including ones in Philadelphia, Dallas, Seattle, Memphis, Kansas City, Des Moines, Denver, and Minneapolis.

Sears would grade the pelts and either promptly send the trappers a check or give them credit toward purchases from its general merchandise catalog. If the trapper was unsatisfied with the value Sears gave him, he could return the check and the company would return the furs. The vast Sears catalog carried a line of Victor, Oneida, and Gibbs traps, scents, and pelt stretchers, as well as firearms, ammunition, decoys, and a wide selection of farm equipment and supplies.

In this way, Sears Roebuck became one of the largest fur buying companies in the country. The trappers generally found the company's fur grading to be accurate and the prices paid to be fair, especially for good, large skins. The company had found a way to help their rural customers by giving them a market for their furs that was as close as their mailboxes. Farmers trapped for sport and recreation, but also to control the wildlife population that threatened their crops.

Sears Roebuck mailed more than 7 million copies of an annual publication, Tips to Trappers, a magazine of about 30 pages in length, written and edited by "Johnny Muskrat" (a trapper, as well as a Sears spokesman) "and his trapper friends."

Tips to Trappers had articles and photographs showing the best ways to find and trap animals and prepare their pelts, as well as letters from readers, techniques from renowned trappers, information on state trapping seasons and limits, news on the fur market, and instructions on how to prepare and mail pelts to Sears. Included in each issue were shipping tags for mailing packages to a Sears raw fur depot.

Sears Roebuck also ran the National Fur Show in different cities around the country each year from 1929 to 1958. Pelts that had been submitted to Sears depots during the year were judged at the shows and cash awards (and even new cars) were given for the "best prepared" pelts, regardless of their ultimate value. This helped promote and teach the company's suppliers and clients about the best ways to handle pelts.

Johnny Muskrat also had a regular radio show during the 1920s and 1930s on Sears' own Chicago-based radio station WLS ("World's Largest Store"), and then elsewhere in the country through station affiliates. He and his occasional trapper guest would talk about how to set traps, dry pelts, and other techniques. Muskrat also discussed fur market conditions, tips on camping and hunting, and pioneer life in general, as well as reading letters from his listeners.

Radio station WLS was the voice of the Sears Roebuck Agricultural Foundation, which Sears began in 1924 as a means to increase its outreach to American farmers. The programming on WLS was a mix of music and entertainment (such as its annual sponsorship and broadcast of the "National Barn Dance") designed to appeal to a rural audience, as well as regular shows for farm listeners that were devoted to growing, harvesting, and selling crops.

Sears Roebuck and Company's second president, during the 1920s and 1930s, Julius Rosenwald, was a true philanthropist who viewed the Sears Roebuck Agricultural Foundation not just as a way to capture customers for Sears, but as a means to improve the lives of Americans living in rural communities. He was, for example, responsible for Sears' extensive support for Historically Black Colleges, especially in the South, and for the establishment of almost 5,000 schools for African American children in the region.

After 34 years in the fur buying business, Sears Roebuck decided in 1958 to focus on urban customers and retail stores, and so discontinued, among other things, the Sears Raw Fur Marketing Services and the publication of Tips to Trappers.

Peter Max Ascoli, Julius Rosenwald: The Man Who Built Sears, Roebuck and Advanced the Cause of Black Education in the American South. Bloomington: Indiana University Press, 2006.

Cecil C. Hoge, The First Hundred Years Are the Toughest: What We Can Learn from the Century of Competition between Sears and Wards. Berkeley: Ten Speed Press, 1998.