“Protest Against Child Labor in a Labor Parade” (1909) 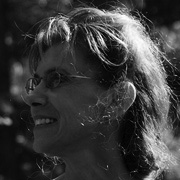 Miriam Forman-Brunell is a professor of history, women, and gender at the University of Missouri-Kansas City. She is co-director of Children and Youth in History, author of Babysitter: An American History, and editor of The Girls' History and Culture Readers, among other works.

Girls’ Labor and Leisure in the Progressive Era

The central story in many textbooks is one of tireless reformers committed to protecting the poor and helping vulnerable children by eliminating child labor and expanding education. Working on all levels, reformers expanded educational opportunities and increased literacy rates by reforming education from kindergarten through high school.

Florence Kelley, a pioneering social reformer featured in many textbooks, formed the National Child Labor Committee and employed photographer Lewis Hine to document the experiences of children. Hine’s photographs led in part to the era’s notable campaigns and legislation against child labor. His images of children working in mines, factories, and sweatshops illustrate all textbook chapters on the Progressive era. Yet textbooks minimize parts of the past that alter the collective portrait of reformers as unfaltering. Textbooks underplay the influence of Southern entrepreneurs and government officials who either fought or ignored child labor laws. Not only were reformers less successful than portrayed, but they were not wholly responsible for all the gains for which they took credit and for which they are credited. Child labor, for example, was on the decline when reformers marshaled efforts against it.

Child labor . . . was on the decline when reformers marshaled efforts against it.

Also missing is discussion of reformers’ motivation. Feelings about immigrants, migrants, and their potential impact on American society and culture ranged from compassion to apprehension. Similarly, their confidence in the superiority of middle-class values—especially childhood ideals—guided many of their efforts. Reformers’ principles about girlhood found expression in institutions providing domestic training and maternal protection. Reformers’ racial attitudes led them to establish segregated facilities. Their beliefs in the benefits of country life blinded them to the problems faced by young rural workers, especially African Americans and Hispanics, who labored on family farms and in commercial agriculture in the South and Southwest.

While the Progressive era is one of the few periods in which girls appear in the national narrative, a few photographs and a sprinkling of quotes in textbooks do not establish significant historical visibility. Girls are largely subsumed within the broader category of (adult) “women,” even though the term “working girls” used by contemporaries better describes the youthful composition of the feminized labor force at the turn of the century.

Girls are largely subsumed within the broader category of (adult) "women."

When categorized as children, girls’ historical prominence is overshadowed by examples, illustrations, quotations, and questions about boys. Moreover, the relationship of gender differences within racial and ethnic categories is rarely recognized. It was, however, critical in determining young people’s opportunities and obstacles, responsibilities and rights. Textbook descriptions that feminize, sentimentalize, and minimize girls’ labor are based on assumptions about girls as dutiful daughters. Yet those girls that assumed family responsibilities, called “Little Mothers,” by reformers, complained about being saddled with babies while brothers played in city streets. Along with European immigrant girls, Chinese mui tsai indentured servants—not mentioned in textbooks—also complained about having to carry and care for the children of Chinese merchant families in California (see Primary Source “Mui Tsai” [1905]). Images of girls ornament chapters, but they do not effectively illustrate the diversity of their lives or illuminate girls’ value to families, economies, and cultures.

Going beyond the textbook emphasis on girls as family helpers provides insight into the everyday lives and expectations of girls, and reframes the narrative to include a variety of girlhoods that competed for dominance during the Progressive period. While immigrants transported a variety of Old World notions of girlhood deeply rooted in gendered beliefs, national traditions, and ethnic customs, their Americanizing daughters shed Old World attitudes along with their homemade European costumes.

Girls also expanded the customary notion of “work” to include activism.

Girls’ agency took place within immigrant families where daughters taught their parents English and American customs and arbitrated with landlords and shopkeepers. Jewish girls in the Northeast, Chinese girls on the West Coast, and those in small towns also ran errands for their families generating economic, social, and cultural capital. Picturesque depictions of girls on commercialized trade cards document the reality of girl couriers and consumers working in the private and the public sphere, as well as informal and household economies (see Primary Source “Going Momma’s Errands” [1905]). Girls also expanded the customary notion of “work” to include activism, which further reshaped the dominant framework. At age 16, for example, Pauline Newman and her girl friends organized 10,000 families to protest rent hikes in New York City (see Annotated Bibliography, Bartoletti, ch. 3). Similarly, and much to the consternation of parents, freedom-seeking daughters purchased consumer goods and challenged courting traditions. Some parents turned to the police, courts, and reformers for help with their “reckless” daughters whose vibrant mixed-sex (“heterosocial”) youth culture redefined social values and sexual mores in modernizing America.

Textbooks often marginalize girls’ role in shaping the past.

The expansion of middle-class ideals about girlhood found expression in Hine’s photographs of child laborers as well. Images of destitute girls typically pathologize working-class beliefs that obligated children to contribute to the family economy. Images of laboring girls stand in contrast to photographs that model the lifestyle and ideals of girlhood among the rising middle class, images that reflect the shifting social value of children from economically useful to “emotionally priceless.” The middle-class girls playing with a doll instead of making one in one Hine photo portrayed the ideal of modern American girlhood (see Primary Source Lewis Hine Photographs [1912]). In representations like these, girls did “cultural work” reinforcing and reifying middle-class ideals. Textbooks often marginalize girls’ role in shaping the past. In contrast, historians have worked, especially in recent decades, to:

The Blue and the Grey (and Red and Green and Yellow)
Brown v. Board of Education 50th Anniversary Digital Archive
Clio Visualizing History
Emergence of Advertising in America: 1850-1920
New World Wonders
African-Americans--Biography, Autobiography, and History