Presents balanced treatments of over 50 prominent court trials, including the trial of Zacarias Moussaoui 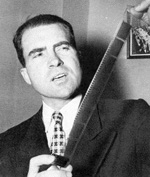