Covering 1945 through the late 1990s, sources from the former Communist bloc provide a different perspective on the Cold War. 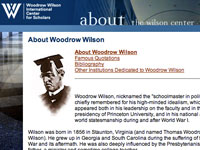 Scholarship on the Cold War has been written primarily by Westerners with little access to sources in Soviet archives. This extensive collection seeks to remedy this gap in Cold War historiography by presenting sources from the former Communist bloc. Thousands of documents in the diplomatic history of the Cold War are currently available, stretching in time from the 194546 Soviet occupation of northern Iran through the late 1990s.