Criminal history, the Jazz Age, and the Red Scare all in one legal case. Understand the early 20th century through the Case of Sacco and Vanzetti.

The Case of Sacco and Vanzetti

The Case of Sacco and Vanzetti 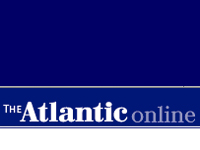 Felix Frankfurter's 18,000-word article about the prosecution of Nicola Sacco and Bartolomeo Vanzetti, Italian-born anarchists charged with murder and robbery in 1920 and put to death in 1927, is presented here. The piece reflects doubts entertained by many intellectuals about the highly controversial trial. Appearing in the March 1927 edition of the Atlantic Monthly magazine, it provided background as well as a careful analysis of the legal questions involved. Frankfurter concluded that "every reasonable probability points away from Sacco and Vanzetti."

The site includes links to seven additional Atlantic Monthly articles: two on the trial—Katherine Anne Porter's "The Never-Ending Wrong" and "Vanzetti's Last Statement: A Record" by W. G. Thompson, the lawyer for the accused—and five dealing more broadly with the American criminal justice system. The site, while limited, is useful for studying radicalism, the red scare, and 1920s America.