The Era of Reform 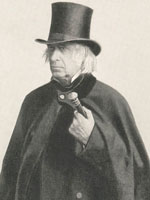 The years between 1820 and 1865 in the United States might be described as one long era of reform, marked by the predominant desire to purify individuals and society at large. To what extent do you agree with this statement?

The reform movements that arose during the antebellum period in America focused on specific issues: temperance, abolishing imprisonment for debt, pacifism, antislavery, abolishing capital punishment, amelioration of prison conditions (with prison's purpose reconceived as rehabilitation rather than punishment), the humane treatment of animals, the humane and just treatment of Native Americans, the establishment of public institutions for the care of the destitute, orphans, blind, and mentally ill, the establishment of public schools, the abolition of tobacco use, vegetarianism, health reform, homeopathic medicine, woman's rights (including, at first, especially the establishment of a woman's right to own property apart from her husband and her right to sue for divorce), and the amelioration of labor conditions (including higher pay, the right to form unions, the right to strike, and the demand for limits on the number of work hours, and safe working conditions).

Universal Reform
All these causes did not arise at the same time, but were added or fully articulated one by one.

Although many people became convinced or active in one or two of these issues, the leading activists for these causes were often interchangeable, and would meet at loosely linked conventions of reformers, where they shared enthusiasms and political strategies, and jostled for leadership niches in the various reform movements. All these causes did not arise at the same time, but were added or fully articulated one by one. As each arose, many reformers—who took to calling themselves "universal reformers"—took them on and added them to their own collection of causes.

Reform activists during the early part of this period, from about 1820 to about 1840, believed that they could bring about the needed reforms essentially through convincing people, one by one, of the rightness of the cause, or by preaching at them to cause individual "conversion" to the cause. This was called "moral suasion." Unfortunately for the reformers, this did not always bring the success that they wished for—somehow people would not come around to their beliefs, or, at least, not enough of them to spontaneously change the situation that needed reforming. Many reformers, then, abandoned "moral suasion" as their leading strategy and accepted (often, at first, grudgingly) the need for "associated" effort, meaning in the beginning, efforts to organize associations to advance their causes through political action of various kinds. When even this was not found to bring about the desired reform, advocates of these causes—most particularly, of course, anti-slavery activists—began to accept the rightness of using coercive means by the state, including military and police force, to initiate and enforce the reform.

Religious Foundations of Radical Reform
Many of these "come outers" soon "came out," not only of religious sectarianism, but of theistic belief altogether, becoming explicit "Free Thinkers" or atheists.

The reformers were often nourished by Anabaptist roots—especially Baptist or Quaker—or by a form of faith that was essentially a moralizing Puritanism stood on its head, which is to say, Unitarianism, whose forebears were strict Puritans, but who had concluded to reform its doctrine of "endless misery," into an optimistic one of a progressively more joyful heaven on earth. This introduced a utopian, millenialist, perfectionist strand into the reform movement, and was responsible for the innumerable small and large efforts to "come out" of the larger society and set up smaller enclaves or utopian communities, such as the well-known Brook Farm community in Massachusetts. Many of these "come outers" soon "came out," not only of religious sectarianism, but of theistic belief altogether, becoming explicit "Free Thinkers" or atheists. Unsurprisingly, the center of the reform movement was New England (especially Boston) and areas further west, like Ohio and then Michigan, where New Englanders were resettling.

Socialist Core
Taken together, many of the reforms coalesced around the larger notion of changing society into a socialist paradise.

Taken together, many of the reforms coalesced around the larger notion of changing society into a socialist paradise. This is not a later interpretation of what the self-declared reformers were up to, but was often expressed by the leading reformers themselves, who were individually attuned to philosophical and political trends in Europe, especially in France, Germany, and England, as they evolved after the radicalism of the French Revolution, and the resulting efforts there to abolish monarchies and long-established religious authorities. American reformers read this essentially as an effort to endow each person in an egalitarian society with a supreme autonomy over his or her own affairs. They discovered, however, a paradox at the heart of this effort—autonomous people were wayward and often needed to be coerced into egalitarian reform, which meant that a larger authority, such as the State, needed to negate individual autonomy in order to bring about an egalitarian society. Such has been the paradox at the heart of socialism ever since.

Persistence of the Reform Movement

Historians have often focused on the antebellum period as the "era of reform" in America, culminating in the anti-slavery crusade of the Civil War, but it is also true that 1865 did not mark the end of the reform movement, but initiated a period that persists until today in which reformers, seemingly vindicated by the end of slavery as a result of the war, shifted their thinking so as to focus on the secular State, particularly the federal government, as the main instrument for reforming society along Progressive lines.

Forebears’ Furniture
U.S. Department of Education
The Church in the Southern Black Community, 1780-1925
What If...?: Reexamining the American Revolution
The Origins of the Service Flag
1939 World's Fair Photograph Collection