Was There an African American President Before Barack Obama? 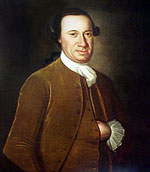 I have found web sites that claim there is a cover-up about John Hanson and say that he was an African and that history has been changed to make him appear white. They have a photo of a man that they claim to be him. However, I don't believe these claims. I don't know who the man in the photos is, but I do know that there was a John Hanson who lived a hundred years after the John Hanson that I'm looking for, he was from Liberia and African—but NOT the president of the Constitutional Congress.

I am wondering if you can help clear the air in some way. The only reason I have a problem believing what they say, is because of the time period that they claim this happened in. There is no way that the people of that era would have voted for an African President of anything. I obviously don't agree with discrimination and racism, I just believe that given the circumstances of that time, the claims of John Hanson (president of the Continental Congress) are untrue. Will you please help me prove this to my friend, beyond doubt?

John Hanson, who held the office that was known officially as "President of the United States in Congress Assembled" from November 5, 1781 to November 4, 1782, died in November 1783 long before the invention of photography. The African-American man in the photograph that you saw on a website could not have been this John Hanson.

The Meaning of Freeman

The possibility remains that the John Hanson in question had one or more African ancestors, either known or not known to his colleagues or even to himself. J. Bruce Kremer, one of Hanson's biographers, states that Hanson's grandfather and his three brothers emigrated in 1642 from Sweden to the recently formed New Sweden settlement on the Delaware River with newly appointed Governor Johan Printz. Kremer points out that one of the Hanson brothers, Andrew, had the same name as "Andrew Hanson, freeman, who once worked as a farmhand" for New Sweden landowner and military leader Lieutenant Måns Kling, the owner of a tobacco plantation on the Schuylkill.

Whether this Andrew was the same man as John Hanson's great-uncle, "must be a matter of conjecture," Kremer concludes.

One could conjecture, therefore, that John Hanson had an African ancestor as he may have been related to a man described as a freeman, that is, a freed black slave. Yet, the term freeman, in the context of the 17th-century New Sweden colony, did not indicate a freed black slave, as one might assume. According to Gregory B. Keen of the Historical Society of Pennsylvania, who has researched and written about the New Sweden colony, "The 'freemen' (frimännen)— so called because they had settled in the colony entirely of their own will, and might leave it at their option—held land granted them in fee, temporarily not taxed, which they cultivated for themselves, being aided also by the [Swedish West India] Company with occasional gifts of money, food, and raiment." Such "freemen" were distinguished from criminals forced to leave Sweden who had to work for a few years in New Sweden before they were classified as frimännen.

The Internet provides proponents of conspiracy theories with a way to reach a vast audience. Googling the phrase "John Hanson first black president" retrieves more than 350,000 hits. One website argues that because Hanson's signature is not to be found on the Declaration of Independence or the Constitution, and that a black man appears in the engraving on the back of the two-dollar bill of the signing of the Declaration of Independence, therefore a conspiracy to keep knowledge of Hanson's African-American identity from the public must have occurred. Yet Hanson was not a member of the Constitutional Convention in 1776, the year in which all but one of the signers signed the Declaration. Hanson died before the Constitution was created. Hanson, however, as a delegate to the Constitutional Convention beginning in June 1780 did sign and ratify the Articles of Confederation on March 1, 1781. In addition, while the skin color of one figure on the back of the two-dollar bill is ambiguous, the engraving was based on the painting in the U.S. Capitol by John Trumbull of the signing of the Declaration. In the painting, none of the figures have black or brown skin.

Historians cannot claim to prove "beyond doubt" that occurrences in the past did or did not happen. In a recent book on historical epistemology, Allan Megill acknowledges that historians cannot provide proofs of absolute certainty to support knowledge claims about the past. "Some persons of hypercritical bent demand that all knowledge be certain knowledge," he writes. "Following established philosophical tradition, they take all certain knowledge to fall into one of two categories. These are, on the one hand, the immediately certain knowledge of one's experience and, on the other, the logical certainty that is accorded to valid deductive reasoning. Neither of these forms of certainty is attainable to historical knowledge, however." Even a seemingly indisputable factual proposition such as "Napoleon Bonaparte existed," Megill argues, cannot be proven with absolute certainty since the past cannot be experienced in the present and Napoleon's past existence cannot be proven using logical deductive reasoning.

Rather than look for proof "beyond doubt" of beliefs about the past, historians instead should try to determine how well beliefs in question help, in Megill's words, "make sense of the totality of the historical record." In cases in which two or more accounts are credible, he advises that "the responsible historian will clearly indicate that the matter is not beyond dispute."

Historians then will examine evidence that supports rival claims and judge which is the best explanation on the basis of such evidence, an operation he terms "inference to the best explanation." In cases in which one account "is far better at accounting for the totality of the data than the alternatives," he insists that "the historian has every right to claim that such-and-such was the case."

With regard to John Hanson, historians thus have the right to claim that he was not black, with one caveat. As with all European Americans, Hanson may have had African ancestors in the far distant past if the arguments of scientists who claim that all humans have roots in African hominids are to be accepted, as opposed to the views of scientists who offer claims that humans developed independently in multiple regions.