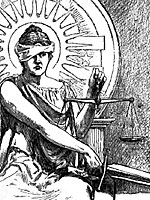 How often has the Senate rejected a president’s nominee to the Supreme Court? What have been the most common reasons for rejection?

Of the 159 nominations for Supreme Court Justice that presidents have submitted to the Senate for confirmation, the Senate has rejected only 12. The first rejection was George Washington's nomination of John Rutledge to be Chief Justice in 1795; the last, Ronald Reagan’s nominee for Associate Justice, Robert H. Bork, in 1987.

In addition to rejecting nominees, the Senate has failed to approve 24 additional nominees by postponing confirmation, taking no action, or by acting in ways that have encouraged nominees to withdraw from consideration, as with Harriet Miers in 2005.

Nearly 60 percent of rejections have occurred when the president and a majority of senators have been members of opposing political parties. Nearly half of the failed conferrals were nominated in a president’s final year in office. One-third of failed appointments were nominations by presidents who had not been elected to office.

“Senatorial courtesy,” whereby senators will vote against a nominee if the nomination is opposed by one of the nominee’s home state senators, when that senator is a member of the same party as the president, also has been a factor in some rejections.

Political Currents Have Ebbed and Flowed

Political science professor P. S. Ruckman, Jr., has argued that in “critical” instances in which a significant shift in the Court’s makeup has been predicted, nominees have been rejected nearly as many times as confirmed. When nominations have not been considered critical, confirmation has been 12 times more likely.

When nominations have not been considered critical, confirmation has been 12 times more likely.

Following an uneventful first 20 years of Senate confirmations, in which all but one of 19 nominees were approved quickly, the confirmation process went through a turbulent 80 years during which the Senate rejected more than one-fourth of nominees. Law Professor Richard D. Friedman concluded, “. . . the probability of a nomination’s rejection peaked in the years surrounding the Civil War, with a dip during the war itself. The probability of rejection then declined gradually, and by 1910 it was close to zero.”

During Reconstruction, Senate opposition to nominees became “politically reputable,” Friedman surmised, as Justices were understood to be politically motivated in their rulings, and Senators thus believed that they had the right and responsibility to vote to insure political reliability and geographical dispersal. (George Washington had established a long-lasting precedent of attempting to have a geographically balanced Supreme Court.)

Political compatibility with the Senate appears as the most important factor for confirmation today.

From 1894 to 1968, only one nominee was rejected (President Hoover’s nominee, North Carolina Circuit Court of Appeals Judge John J. Parker). Beginning in 1968, confirmation battles began again in earnest, as three nominees were rejected between 1968 and 1970. In 1987, Judge Bork was rejected in a politically charged atmosphere, heightened because the voting behavior of the resigning Justice (Lewis F. Powell), had determined a number of important 5-4 decisions.

A 2008 study argued that at present a nominee’s “ideological compatibility” with that of Senators “now takes precedence” over all other factors with regard to their confirmation.

Richard D. Friedman, “The Transformation in Senate Response to Supreme Court Nominees: From Reconstruction to the Taft Administration and Beyond,” Cardozo Law Review 5 (1983): 1-95; Bernard Schwartz, A History of the Supreme Court (New York: Oxford University Press, 1993), 17.

Lee Epstein, Jeffrey A. Segal, and Chad Westerland, “The Increasing Importance of Ideology in the Nomination and Confirmation of Supreme Court Justices,” Drake Law Review 56 (2008): 609-35.