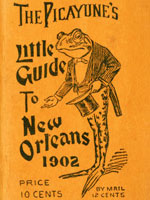 I'll set the scene. It's 1901, and a French Protestant (Huguenot) is immigrating to Louisiana. Are there any special circumstances in this situation? For example, I read somewhere that at one time, only French Catholics could immigrate to Louisiana. Any information would be helpful.

Is this scene set in the Twilight Zone? According to historian Jon Butler, Huguenots died out as a distinct religious and ethnic group during the 18th century.

In the five years following the revocation of the Edict of Nantes by Louis XIV in 1685, the Huguenot population in France declined from 1 million to less than 75,000, most of whom converted to Catholicism under duress. Huguenot emigrants traveled primarily to England, Germany, and Holland. Most of the Huguenots who arrived in British North America had emigrated first to England. Butler estimates that between 1,500 and 2,000 Huguenots came to America by 1700.

The American Huguenots, like the Huguenot emigrants to European nations, quickly assimilated into their host communities. In Massachusetts, South Carolina, and New York, the colonies to which the majority of Huguenots migrated, many attained material success and married outside of their church. Butler blames the disintegration of Huguenot communities in part to “the indelible pathology of 17th-century French Protestantism,” as Huguenot clerics “were poorly prepared to exercise the instruments of church government in exile.” The French Protestant Church in the quarter century prior to the revocation of the Edict of Nantes had existed in a weakened state due to the abandonment of national synods, which had left the group without “experience in making decisions beyond the local and provincial level.” Butler also notes that group cohesion in America was especially difficult because the size of the group that migrated was very small.

Sources from the 19th century repeat a story that Huguenots from South Carolina prepared a petition for Louis XIV asking permission to settle in Louisiana when it first was colonized at the end of the 17th century. Louis’ supposed response—that he wanted Louisiana as “a dominion of true believers not a republic for heretics”—is considered by historian Bertrand Van Ruymbeke as “most likely apocryphal.” Van Ruymbeke notes that Huguenots were allowed to migrate to Louisiana, but that the very few who did settle there had to convert to Catholicism.

Following the acquisition of the territory by the United States as part of the Louisiana Purchase, religious restrictions for immigrants to Louisiana were removed, and the first Protestant church in New Orleans was established in 1805. If a Protestant from France had immigrated to Louisiana in 1901, he or she would have found that large communities of Protestants from areas other than France had settled in the northern portion of the state, and that most of Louisiana’s inhabitants had remained Catholic.