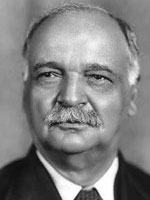 Can a member of another sovereign nation, such as a Native American, serve as the President or on the U.S. Supreme Court?

According to The United States Constitution, “No Person except a natural born Citizen, or a Citizen of the United States, at the time of the Adoption of this Constitution, shall be eligible to the Office of the President.” Seems clear enough – but, what did the framers mean by “natural born Citizen?” What about those people who were born abroad to American citizens? If this statement is strictly construed, it may have excluded John McCain, Republican Presidential candidate in 2008, from serving as president. He was born in Panama while his father was serving in the U.S. Navy. Some scholars have wondered whether the phrase “natural born citizen” was meant to bar these citizens from serving as president.

The founders were deeply concerned about foreign influence, and it is possible that they carefully chose those words because they feared that a branch of their government could fall under the spell of a foreign nation. On the other hand, they may not have intended the phrase to exclude these citizens from serving as president.

Although the U.S. Constitution addresses citizenship as a requirement for the executive and legislative branches, it is silent on the citizenship status requirements for Supreme Court justices. If one were to interpret the Constitution narrowly, justices would not have to be citizens. However, it is unlikely that any president would nominate – or any senate confirm – a non-citizen to serve on the nation’s highest court. In the history of the court, six justices have been foreign-born. James Wilson, James Iredell, and William Paterson were all born overseas, but they came to America before the Revolution. David Brewer, who served on the Supreme Court 1889-1910, was born in Turkey while his American parents served as missionaries, therefore Justice Brewer was a United States citizen despite his foreign birth. Only two justices have been naturalized citizens. George Sutherland (1922-1939) was born in England, and Felix Frankfurter (1939-1962) was born in Vienna, Austria. Sutherland and Frankfurter’s families moved to the U.S. when they were children, and became citizens as adults.

But can Native Americans, as members of other sovereign nations, serve in these high federal offices? In 1924, Congress passed a law giving citizenship to all American Indians born in the United States. Thus, citizens of federally-recognized Indian nations hold a complicated citizenship status that allows them to exercise rights of citizenship in their own tribe, the state in which they live, and in the federal government. For example, a citizen of the Cherokee Nation, whose capital is Tahlequah, Oklahoma, can vote for their Principal Chief; for representatives to the Cherokee Nation’s Council; for representatives to the Oklahoma State Legislature; for Oklahoma’s Congressional representatives; and for the President of the United States. Moreover, a citizen of the Cherokee Nation – or any other citizen of an Indian nation -- can also hold any of these offices. Brad Carson, a citizen of the Cherokee Nation, represented Oklahoma in the House of Representatives from 2001 to 2005. Tom Cole, a member of the Chickasaw Nation, currently serves Oklahoma as a member of the House, and several other dual U.S./Native American citizens have served in Congress. Although no member of an Indian nation or tribe has ever been president, Charles Curtis, a member of the Kaw Tribe, served as Herbert Hoover’s Vice President (1929-1933). Therefore, it is certainly possible that, in the future, a president could also be a citizen of another sovereign nation – as long as it is one of the federally recognized Native American Tribes or Nations within the boundaries of the United States.