Learn about all of America's most famous female writers of color with this comprehensive website.

Voices from the Gaps: Women Writers and Artists of Color

Department of English and Program in American Studies, University of Minnesota

Voices from the Gaps: Women Writers and Artists of Color 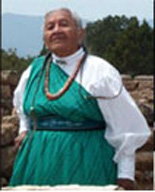 Descriptive information about the lives and works of 136 "women writers of color in North America" is provided in this site, designed primarily for high school and college classroom use. Offers introductory material, including images, bibliographies, quotations, biographical sketches, and critical views with regard to writers such as Toni Morrison, bell hooks, Evelyn Lau, Winona LaDuke, Terry McMillan, and Alice Walker.

The site relies on contributions from interested students and teachers, and promises to grow to more than 500 entries in the future.