Full texts of more than 130 works of literature by more than 75 Southern authors. 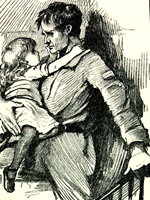 This website—a small portion of the larger Documenting the American South project—presents the full text of more than 130 works of literature by more than 75 authors, published between the mid-1600s and 1920. Notable works include the first history of Virginia, written in 1673 by House of Burgesses member Robert Beverley, poems by Edgar Allen Poe, Booker T. Washington's autobiography Up From Slavery, and several of Mark Twain's and Kate Chopin's works. Other works include collections of slave songs, sermons, and narratives published in the mid-1800s, including Frederick Douglass's famous narrative, several works addressing Ku Klux Klan activities, and many lesser-known works of fiction. Though there is no built-in search feature, all works are presented as lengthy text files and can be searched using a computer's "Find" function. Users new to Southern history may want to turn first to the "Introduction," which provides brief essays on many aspects of Southern history, literature, and culture, including early colonial-era literature, the genres of biography and autobiography, black literature, the Civil War, travel writing, folklore, and humor.