A History of Fundamentalism 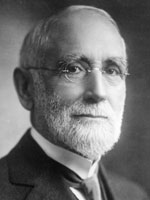 Where can I find a history of fundamentalism in the U.S.—when it started and how it changed over the course of time?

Fundamentalism, in the narrowest meaning of the term, was a movement that began in the late 19th- and early 20th-century within American Protestant circles to defend the "fundamentals of belief" against the corrosive effects of liberalism that had grown within the ranks of Protestantism itself. Liberalism, manifested in critical approaches to the Bible that relied on purely natural assumptions, or that framed Christianity as a purely natural or human phenomenon that could be explained scientifically, presented a challenge to traditional belief.

A multi-volume group of essays edited by Reuben Torrey, and published in 1910 under the title, The Fundamentals, was financed and distributed by Presbyterian laymen Lyman and Milton Stewart and was an attempt to arrest the drift of Protestant belief. Its influence was large and was the source of the labeling of conservatives as "fundamentalists."

Useful for looking at this history of fundamentalism are George Marsden's Fundamentalism and American Culture: The Shaping of Twentieth-Century Evangelicalism, 1870-1925 (New York: Oxford, 1980), Bruce B. Lawrence, Defenders of God: The Fundamentalist Revolt against the Modern Age (San Francisco: Harper & Row, 1989), David Beale, In Pursuit of Purity: American Fundamentalism Since 1850 (Greenville: Unusual Publications, 1986), and Mark A. Noll, A History of Christianity in the United States and Canada (Grand Rapids: Eerdmans, 1992).

Scholars of religion have perhaps indirectly contributed to this expansion of the term, as they have tried to look for similarities in ways of being religious that are common in various systems of belief. Between 1991 and 1995, religion scholars Martin Marty and Scott Appleby published a 5-volume collection of essays as part of "The Fundamentalism Project" at the University of Chicago, which is an example of this approach. Appleby is co-author of Strong Religion (2003), also from the University of Chicago Press that attempts to give a common explanatory framework for understanding anti-modern and anti-secular religious movements around the world.

Marty, Martin and Scott Appleby, eds., Fundamentalisms and Society: Reclaiming the Sciences, the Family, and Education (Chicago: University of Chicago, 1993)

Mark A. Noll, A History of Christianity in the United States and Canada (Grand Rapids: Eerdmans, 1992).