Thomas G. Andrews is an assistant professor at the University of Colorado—Denver, specializing in the social and environmental history of the Rocky Mountain West.

Coal and the Industrial Revolution

On Jan. 24th, 1884, an explosion shattered the Jokerville Mine in Crested Butte, CO, killing 59 workers. The disaster was reported in the Feb. 16, 1884 edition of Harper's Weekly—a record of only one of many industrial revolution mining disasters. The captions read "The Scene of the Disaster" and "Victims and Mourners. The disaster at Crested Butte, Colorado—from photographs by George E. Mellen—[See page 111]." 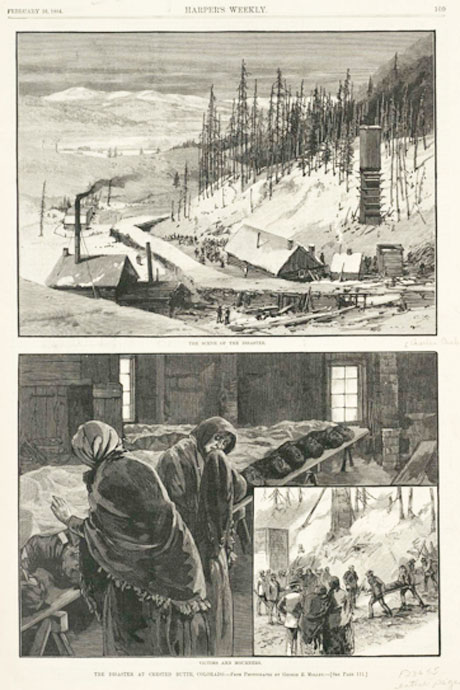